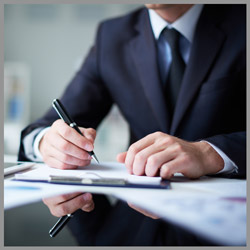 When I first started out as a sales manager, I had a pretty good close rate – with one record quarter after another.

Until one devastating quarter… where almost 50% of my team’s deals either slipped or were lost for good.

We couldn’t make any sense of it. After all, we hadn’t done anything different.

I spent days trying to find out what went wrong… until my manager pulled me aside and asked me one of the most eye-opening questions of my career:

Rizan, in all the deals that slipped, how many of them did you meet the Economic Buyer?

The answer was clear:

After a quick check  I was able to find a direct link between meeting the Economic Buyer and whether we won or lost the deal.

You may have a killer pain, a strong champion, and powerful metrics. But if the the EB isn’t on your side, there’s a big chance your deal won’t close.

In today’s article, we cover:

So, who is the Economic Buyer?

The Economic Buyer (or EB) is the Ultimate Decision Maker.

The person with the discretional right to spend.The one who, when says yes, nobody else will formally or informally say no (or vice versa).

Now you might say, “Rizan, there’s no such thing as a lone decision maker any more!”

But even when there’s a board that has to approve the decision – there is ONE person in the customer’s buying process that gives final approval.

That – ladies and gentlemen – is the EB.

Why it’s mission-critical to meet with the Economic Buyer

Whether you meet the EB or not, he/she is going to be the one deciding on your deal in the end.

So wouldn’t it make sense to meet in person and understand if he/she supports your project?

Now, we all know EBs are busy and don’t want to meet salespeople or vendors.

But let’s think about it from the other side of the table:

If you had to spend a huge chunk of money on something, you’d want to make sure that money was well spent. So of course you’d want to know:

That’s why it’s critical to meet with the EB early enough in your sales cycle. So you can bridge with him/her and understand what a successful outcome will look like from his/her perspective.

At the same time you want to make sure that the project is relevant and worth pursuing for the EB.

When you meet with the EB, make sure you have the following questions on your agenda:

The answers to these questions will enable you to align to his/her criteria, address potential concerns and lay out a plan to successfully deliver.

This approach will generate value specific to the EB ‘s objectives – and encourage him/her to sponsor your deal and drive the next steps with you.

What’s the impact of meeting the EB? Test it for yourself…

Every time we meet with the EB early enough, get him to sponsor the project, and outline a possible close date with him/her, our deals have a 90% chance of closing in quarter.

When we don’t meet with him/her, our chances of closing plunge to less than 50%.

Try it out yourself:

Here’s how my disaster quarter came out:

But how do you know just who the EB is?

Who the EB is depends on the size of the company and the amount of the deal.

While smaller purchases can be approved by managers lower in the organization, a 7-digit deal could elevate the Economic Buyer all the way up to the board level.

And it can get even trickier:

The EB might not even be in the department you’re selling to. They could be sitting in finance, business, or the IT department. You might want to check out potential EB’s in unexpected places like an architecture board, a holding group or the overseas headquarters.

But don’t be put off. It’s not mission impossible to discover who has the discretionary right to spend.

So how can you identify the right person?

By simply asking the people you’re in contact with:

“Who has approved projects of a similar size in the past?”

A great person to ask would be your Champion. But other good sources could be a business partner, an internal consultant, or your colleagues that have dealt with your prospect in the past.

Once you come in contact with a potential EB, you NEED to cross check if that person is really the EB.

Otherwise you run the risk of derailing your deal down the line, like I once did:

On one of the biggest deals of the year, our ‘EB’ was a former colleague of mine.

He was the CIO at a company looking to invest in our solution, and claimed to be the person with the authority to push the deal through.

I trusted him/her. But when it came time to sign, the CFO didn’t approve, and the project slammed to a halt.

Stating budget reasons, the CFO tried to cut the deal size in half.

Luckily, we recovered by re-negotiating the subscription terms in our favor. But it was still a painful way to discover we hadn’t identified the real EB.

I was mad at myself. I should have known better.

But I allowed myself to take a shortcut and paid a bitter price.

The problem many salespeople have is that they find it awkward to ask the person they finally managed to meet whether he/she is the final decision maker. (One of my reps even said, “Rizan, I can’t exactly ask ‘Are you the guy who signs the check?’)

That’s why we worked out this question that allows you to be both assertive and respectful with the person you think might be the EB:

“If we both come to an agreement, is there anybody else that formally or informally needs to be involved to approve this project/purchase?”

The answer will allow the potential EB to disclose if he has the final approval power or if other people need to be involved in signing off the deal.

How to get access and meet with the Economic Buyer

Once you know who the EB is, you still need to find a way to meet with him.

But since EB’s are usually the busiest people in a company, that’s not exactly an easy task.

They spend most of their time in meetings. They’ve got TONS of work piling up on their desk. And they HATE to meet with salespeople (because they usually don’t add much value to the EB’s strategic goals).

So you need to give him/her an extremely good reason to meet with you.

But there is a way…

Because EB’s are all the time stressed and worried about improving their business and making mistakes, they often rely on a circle of people they trust as subject matter experts to help them evaluating and making decisions.

By nurturing one of these ‘inner circle’ members to become your Champion, you have a chance to build up enough value that your Champion will arrange access to the EB.

Don’t talk product. Think business improvement and build a strong case for your offer by relying on use cases and quantified benefits.

Together with your Champion, uncover the potential savings, productivity gains, revenue increase, etc. that your solution will bring. (See How Metrics Can Help You Create Value and Build a Compelling ROI)

Once you’ve developed a relevant case underpinning the value of your solution,  your Champion will want to bring you in front of the EB

Most average salespeople try to build relationships by giving away information, time and resources to their prospects without asking for anything in return.

As a result,  they end up spinning in place without making any real progress.

To keep this from happening, great reps think ‘quid pro quo’ (latin for ‘this for that’) . They know that creating a smooth buying process is valuable to their client. Therefore they’re not afraid to ask for what they need in return to further their sales process.

For example, if you’ve got a labor-intensive trial period, you can make it a requirement to first meet with the EB (and get his/her sponsorship) before proceeding with the trial.

Many sales people feel really uncomfortable requesting such a meeting, because they are  afraid of a “NO” and putting the client off.

What they don’t realize is that they maneuver themselves into a subservient role – a role that prevents them from being in the driving position and controlling the deal. If the results of the trial are something that will make your champion look good internally, it’s in his/her best interest to arrange a meeting with the EB

As an experienced rep once said:

“I explain to the client that we both run our businesses. And mine is to close deals for my company. I’m happy to support him/her in his/her decision process, but at the same time, I owe my company an explanation on where we spend our resources. That’s why they need the EB’s approval.”

It might take a bit of swagger. But this is a great way to establish yourself as an equal counterpart and elevates you to  doing business on an eye-to-eye level.

Use your own executives

This once helped me secure a $3 Mio. deal in less than 15 minutes.

I had been trying to meet the EB for weeks on one of my most important deals ever. But she was completely overloaded and didn’t have any time.

So I used my CEO’s London visit to arrange a meeting with our prospect’s EB.  She was on her way to the airport, so she gave us 15 minutes at a crowded, run-down Paddington  Station cafe.

Nevertheless, the meeting was well prepared on both sides. We nailed down key commitments and closed the deal just 8 weeks later.

Whether you meet him/her or not, the EB is going to be a major part of the decision.

Meeting the EB clears the ‘fog of war’ and let’s you see exactly what’s needed to drive your deal to closure. That’s why it’s critical to meet the EB early in the sales cycle – so you can understand his/her criteria and align your strategies.

Just be relevant and business oriented to honor the time spent with you, and do what it takes to get the EB’s commitment and support to close the deal in a planned timeframe.

It’s not easy to get on their schedule. But it pays off big time to know somebody high in the account that supports you. Once they are bought in they will guide you and push things through internally to finalize the deal on time.

Free PDF: Get access to a free downloadable PDF version of this guide. Reference it anytime you want (or print for daily use).