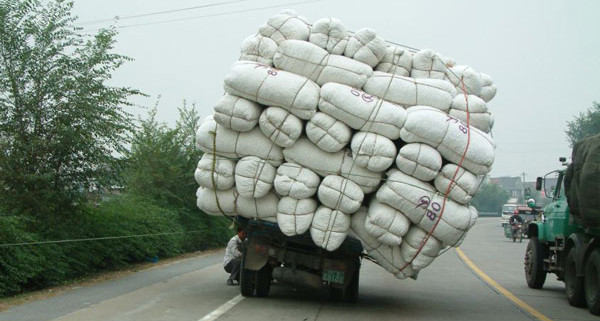 Ever since I was promoted to sales management in the late ‘90s, I’ve been confronted with the measurement of weighted pipeline and forecast methodologies.

In case you’ve never worked with a weighted pipeline, here’s a quick summary:

Then you multiply the value of each opportunity with the percentage, and sum up the weighted values to get your weighted forecast:

This should give you an indication where you will end up in the month, quarter or year.

But there’s a big problem with the weighted forecast. Watch this short video to see what we mean:

In my business of high tech and software sales, it really never worked out to for me to predict the outcome at the end of the quarter or year based on weighted forecasts.

I’ve asked dozens of sales leaders how the weighted forecast worked for them. And NONE of them thought this was reliable method.

There were numerous reasons – like large deals impacting the weighted pipeline,  sandbagging reps (i.e. reps intentionally forecasting lower than they could close), shortcuts on sales stages during sales processes, CRMs not being up to date, etc.

It’s an unreliable way to predict where you will finally come out in terms of revenue.

And yet this is the standard forecasting method in many of the biggest CRMs out there. And countless organizations are using this method every day.

Because it can work on the executive level of large corporations – where you’ve got hundreds of deals in the pipe and the statistical variations on single deal levels don’t matter.

But if you are a regional manager or running a smaller sales organization – this method adds ZERO to little value for you, because a single large deal closing or not closing can throw your entire forecast off. 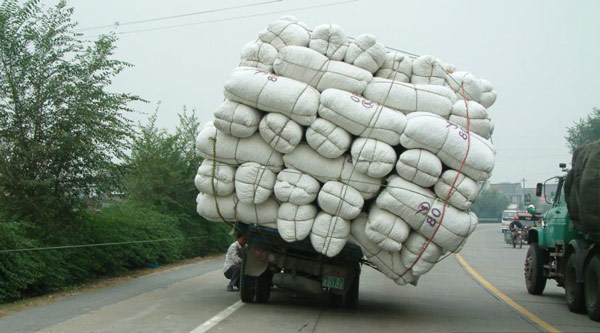 Therefore, great sales leaders have learned to judge the possibility of single deals by qualifying them with their gut feeling and giving them a probability to close. Rather than forecasting a percentage of the deal, they take the full value on the deals they trust to close into the committed forecast.

Interestingly enough, this worked out better than weighing the forecast based on stages.

But the accuracy depends pretty much on the experience of the individuals and how thoroughly they have qualified each individual opportunity in the pipeline.

Additionally, qualifying on a deal-by-deal basis means going through each and every opportunity with their reps, which sucks up a LOT of valuable time spent in lengthy forecast or big deal review calls.

To cut down these efforts, high performance companies have identified the items that make or break a deal and established a common sales qualification approach.

(E.g. is there a real pain involved, do we have an ally in the account, have we met the economic buyer?)

They packaged these main qualifiers and gave them acronyms that are easy to remember (like MEDDIC, SCOTSMAN, PUCCKA and many more), then trained their sales managers and reps on the qualification items. This allowed sales teams to establish a common language that let them qualify their pipeline in an aligned and structured fashion, based on their best practice.

This cuts down the time spent on qualifying significantly and lifts up the accuracy of their forecast.

In our efforts to replace the weighted forecast, we’ve built a sales qualification score based on these respective qualification items.

Each qualification item can be weighted according to its importance, which then adds up to a total score. This will give you clear sight on the qualification status of your pipeline opportunities maturing towards a forecastable deal.

With this score, you have an instant way to visualize whether a deal belongs in your forecast or not. Plus it lets you instantly see which deals need your attention.

While opportunity stage weighing is purely based on deal progression, this method allows you to weigh your pipeline based on deal qualification, irrespective on what has been done so far. 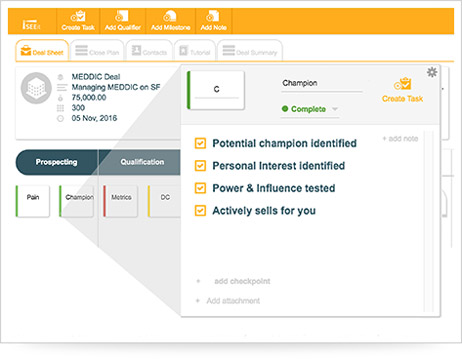 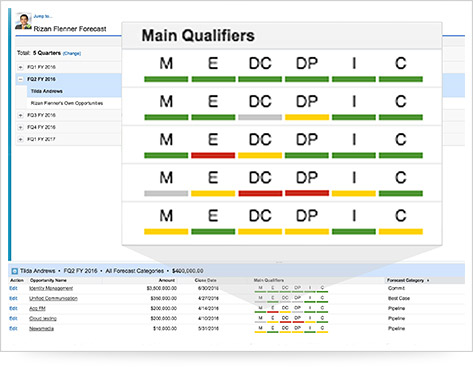 To see the Deal Score in action, check out our MEDDIC Opportunity Manager for Salesforce.

Cut Your Time Spent on Forecasting in Half